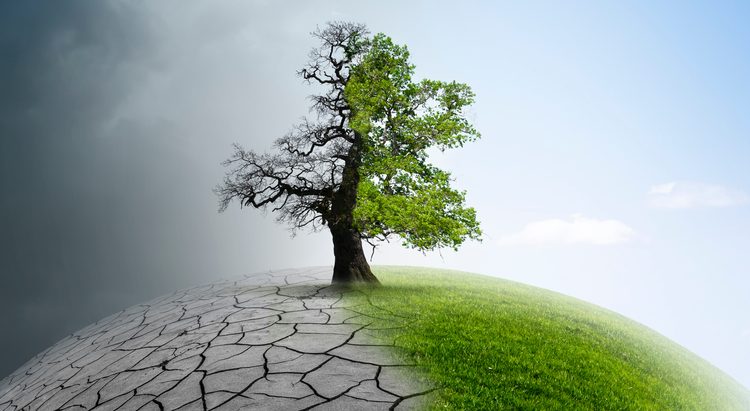 What is climate change?

Climate change refers to long-term shifts in temperatures and weather patterns. These shifts may be natural, such as through variations in the solar cycle. But since the 1800s, human activities have been the main driver of it, primarily due to burning fossil fuels like coal, oil, and gas.

Burning fossil fuels generates greenhouse gas emissions that act like a blanket wrapped around the earth, trapping the sun’s heat and raising temperatures.

Examples of greenhouse gas emissions that are causing climate change include carbon dioxide and methane. These come from using gasoline for driving a car or coal for heating a building, for example. Clearing land and forests can also release carbon dioxide. Landfills for garbage are a major source of methane emissions. Energy, industry, transport, buildings, agriculture, and land use are among the main emitters.

What is the difference between global warming and climate change?

Although people tend to use these terms interchangeably, global warming is just one aspect of climate change. “global warming” refers to the rise in global temperatures due mainly to the increasing concentrations of greenhouse gases in the atmosphere. “climate change” refers to the increasing changes in the measures of climate over a long period – including precipitation, temperature, and wind patterns.

What are some of the signs of climate change?

Scientists have pieced together a record of the earth’s climate by analyzing several indirect measures of climate, such as ice cores, tree rings, glacier lengths, pollen remains, and ocean sediments, and by studying changes in the earth’s orbit around the Sun. This record shows that the climate varies naturally over a wide range of time scales, but this variability does not explain the observed warming since the 1950s. Rather, it is extremely likely (> 95%) that human activities have been the dominant cause of that warming.

Human activities have contributed substantially to climate change through:

Reflectivity or absorption of the sun’s energy

Between 2030 and 2050, climate change is expected to cause approximately 250 000 additional deaths per year, from heat stress.

The direct damage costs to health (i.e. Excluding costs in health-determining sectors such as agriculture and water and sanitation) are estimated to be between USD 2-4 billion/year by 2030.

Areas with weak health infrastructure – mostly in developing countries – will be the least able to cope without assistance to prepare and respond.