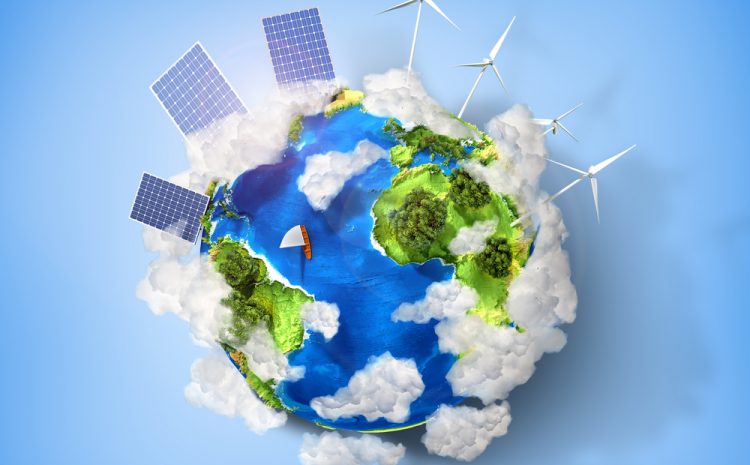 As a renewable source of power, solar energy has an important role in reducing greenhouse gas emissions and mitigating climate change, which is critical to protecting humans, wildlife, and ecosystems. Solar energy can also improve air quality and reduce water use from energy production. Because ground-mounted photovoltaics (PV) and concentrating solar-thermal power installations require the use of land, sites need to be selected, designed, and managed to minimize impacts on local wildlife, and soil and water resources.

In addition to providing a renewable energy source to contend with fossil fuels, solar energy benefits the environment in many ways.

The mining and burning of fossil fuels release toxic chemicals and molecules into the air, such as:

Solar power is good for the earth because it can reduce acid rain and eliminate toxic smog that causes chronic respiratory diseases.

Solar panels provide an alternative way to produce renewable energy that does not create massive amounts of dangerous air pollution.

Traditional energy sources like coal and natural gas use a lot of water to produce electricity. Even nuclear power, which is widely considered a clean energy source, uses the same amount of water as coal plants.

Water is an essential part of extracting, refining, and harnessing energy from fossil fuels.

As the burning of fossil fuels has increased greenhouse gas emissions, the danger of climate change has also increased.

A major part of repairing the atmosphere and protecting the climate is adopting renewable energy sources. The environmental impact of solar energy is much lower than fossil fuels and will be fundamental to fighting climate change.

One of the biggest benefits of solar energy is that it results in very few air pollutants. An analysis by the national renewable energy laboratory (NREL) found that widespread solar adoption would significantly reduce nitrous oxides, sulfur dioxide, and particulate matter emissions, all of which can cause health problems.

The global population will continue to grow, but our earth only has a finite amount of oil, coal, and natural gas to give up. The sun is earth’s most abundant energy source, producing a staggering 173,000 terawatts of solar energy every second! That’s more than 10,000 times the world’s total combined energy use and it’s available again and again. In contrast, fossil fuels are dirty and totally non-renewable. Going solar is the best way to hedge against the reality of dwindling resources.