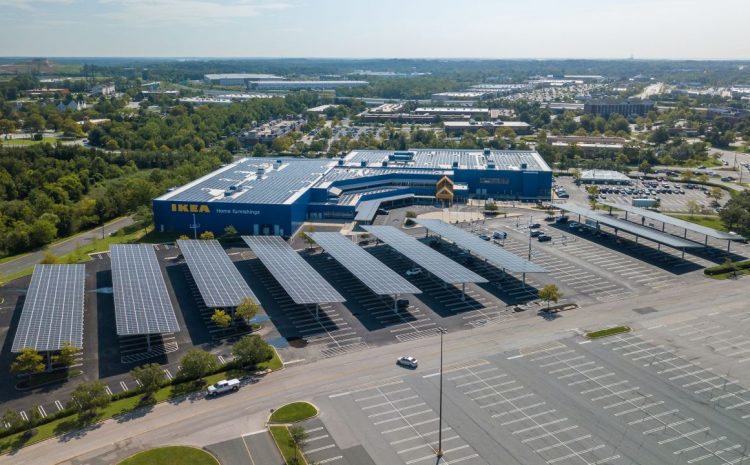 Big-box stores could help slash emissions and save millions by putting solar panels on roofs.

As the US attempts to wean itself off its heavy reliance on fossil fuels and shift to cleaner energy sources, many experts are eyeing a promising solution: your neighborhood big-box stores and shopping malls.

The rooftops and parking lot space available at retail giants like Walmart, Target, and Costco is massive. And these largely empty spaces are being touted as untapped potential for solar power that could help the US reduce its dependency on foreign energy, slash planet-warming emissions and save companies millions of dollars in the process.

At the IKEA store in Baltimore, installing solar panels on the roof and over the store’s parking lot cut the amount of energy it needed to purchase by 84%, slashing its costs by 57% from September to December of 2020, according to the company. (The panels also provide some beneficial shade to keep customers’ cars cool on hot, sunny days.)

As of February 2021, IKEA had 54 solar arrays installed across 90% of its US locations.

Big-box stores and shopping centers have enough roof space to produce half of their annual electricity needs from solar, according to a report from nonprofit Environment America and research firm Frontier Group.

Leveraging the full rooftop solar potential of these superstores would generate enough electricity to power nearly 8 million average homes, the report concluded and would cut the same amount of planet-warming emissions as pulling 11.3 million gas-powered cars off the road.